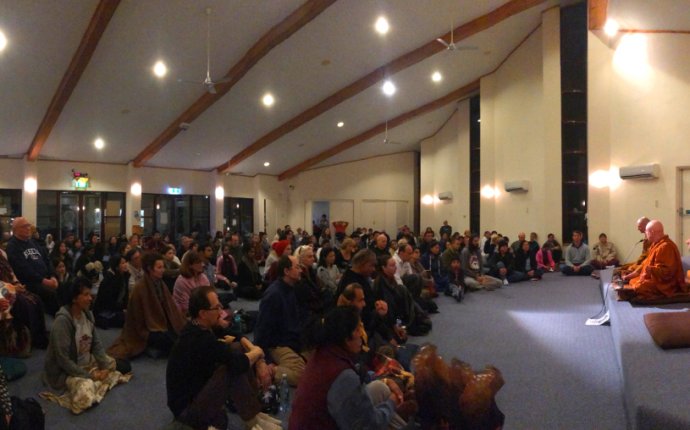 Sorry there are no places left for Ajahn Brahm’s talk at The Buddhist Society.
To find another venue in London where he is talking please go to the following website.
www.ajahnbrahm.org

Kindfulness explains how “mindfulness” and “kindness” combined become the power behind successful meditation.

Ajahn Brahmavamso Mahathera (known to most as Ajahn Brahm) was born Peter Betts in London, United Kingdom in August 7, 1951. He came from a working-class background, and won a scholarship to study Theoretical Physics at Cambridge University in the late 1960s. After graduating from Cambridge he taught in high school for one year before travelling to Thailand to become a monk and train with the Venerable Ajahn Chah Bodhinyana Mahathera.

Whilst still in his years as a junior monk, he was asked to undertake the compilation of an English-language guide to the Buddhist monastic code – the Vinaya – which later became the basis for monastic discipline in many Theravadan monasteries in Western countries.

Ajahn Brahm has also written three books including ‘Who Ordered This Truckload of Dung?’, Mindfulness, Bliss and Beyond: A Meditator’s Handbook and Art of Disappearing Buddha’s Path to Lasting Joy and his latest book is Don’t Worry, Be Grumpy Stories for Making the Most of Each Moment. Books can be purchased from our Library bookshop or from and www.bswa.org