Australia is a unique and amazing country that leaves a lasting impression on almost all travelers. Nature miracles, big modern cities, stunning beaches, terrific train descents, the real capital of the UFOs - and even much more in Australia attract tourists from around the world. There are many interesting places in Australia that are definitely worth to visit. Here is the travel guide that tells about the most visited sights in Australia.

What is Australia for tourists? Someone calls it a country of kangaroos, someone will remember about the summer Olympics in Sydney, but as a separate item in the landmarks of the country, it is the Great Barrier Reef. The reef is located in the East of the country and is a huge area of coast of two thousand miles. It is not only the one of the most peculiar and beautiful objects for tourist visits, but also a true natural wonder for making explorations by scientists, geologists and biologists. A Reef has an amazing climatic feature. It's sunny there, warm and comfortable non-stop throughout the year. Average temperatures range from +20C to +30C. The underwater world of the GBR is a magnificent and diverse; diving off the coasts of the Great Barrier Reef is possible. Within the Reef, there is resort Islands, the charm of which is the opportunity to relax on their territory in all seasons, thanks to the above described climatic characteristics of the Great Barrier Reef. One can combine all at once, starting with water sports, beach and hanging out, all kinds of entertainment, shopping, tours and others like them, on the Islands of Hamilton, Brampton, Keppel and Fraser. 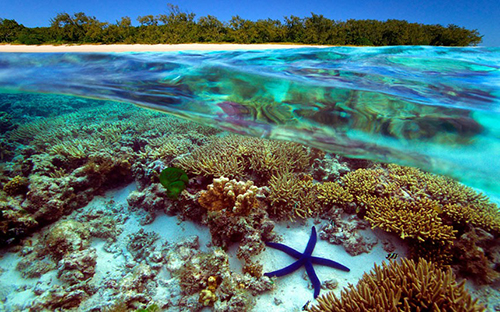 The next route can be made to Sydney Opera House, whose shape is known to almost every inhabitant of the planet, appeared in 1958. The location is found in Sydney Harbor and is considered as one of the symbols of region. It is protected by UNESCO. Before at the place of the architectural masterpiece was a Fort. Today it is hard to imagine Sydney without Opera House. In October 1973, it was Queen Elizabeth II, who opened famous Opera house. The construction itself is in the form of sails or half of the deck covered in millions of tiles, it can hold almost a thousand halls and rooms, among which 5 are used for theatrical performances, 2 are halls, there are also food courts, bars and even souvenir shops. The total area of the Opera is equal to 2.2 hectares. 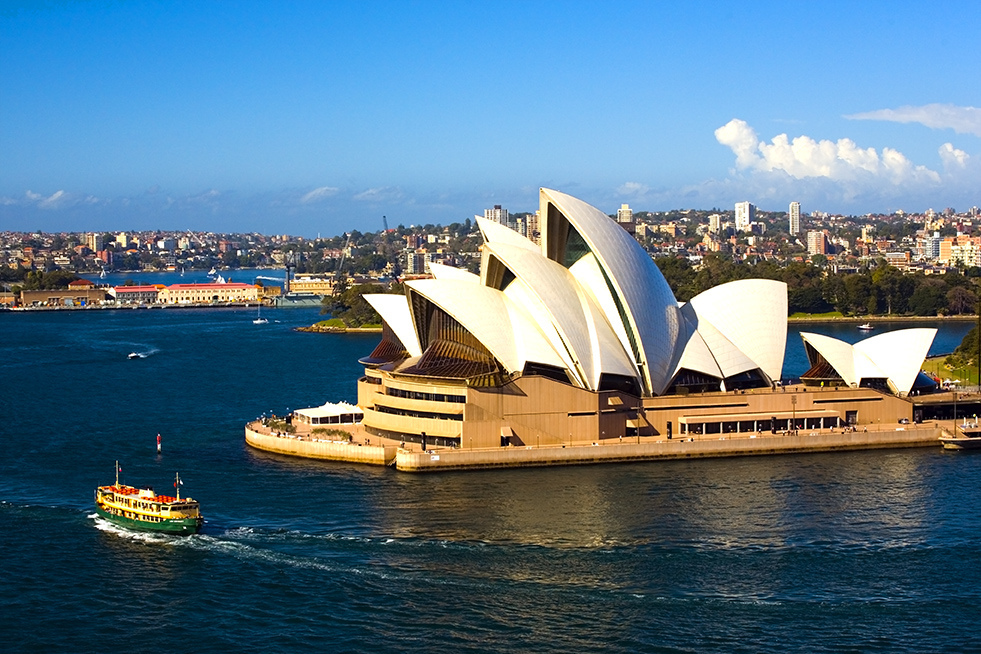 The twelve apostles are also in the top of the most visited Australian places. This picturesque group of limestone rocks is the most frequently visited sight, located on the famous great ocean road in state of Victoria. There was even built tourist center near the twelve apostles. Travelers enjoy the popular helicopter ride over the rocks. By the way, there are only eight apostles; the ninth rock collapsed in 2005, unable to withstand the onslaught of the waves. 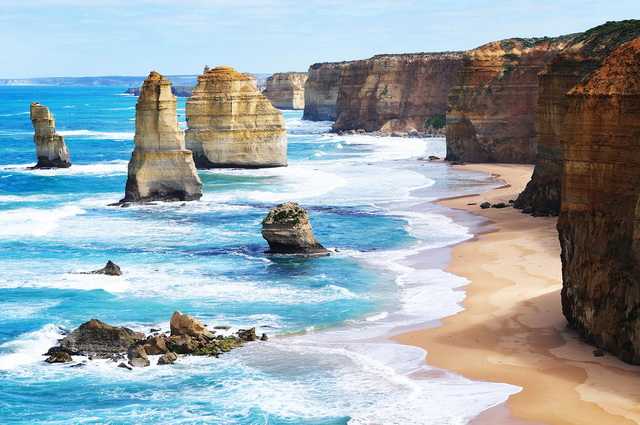 Blue Mountains fulfill the list of environmental treasures of this continent. These rocks are not really blue - this effect gives the blue-grey evaporation from covering their eucalyptus forests. Part of this area, stretching westward from the city limits of Sydney, recognized as a UNESCO site and National Park. Tourists are advised to start exploring the Blue Mountains from the city of Katoomba, next to which are the waterfalls, caves and other interesting places. The next place, which deserves attention, is a Kakadu national Park. In fact, this national Park was named not for the name of the bird, but in honor of a tribe of natives. Park Kakadu attracts tourists with marvelous landscapes and a chance to see the rare animals, birds and reptiles. Archaeologists are particularly interested in two caves, where they found cave drawings age about 18 thousand years. 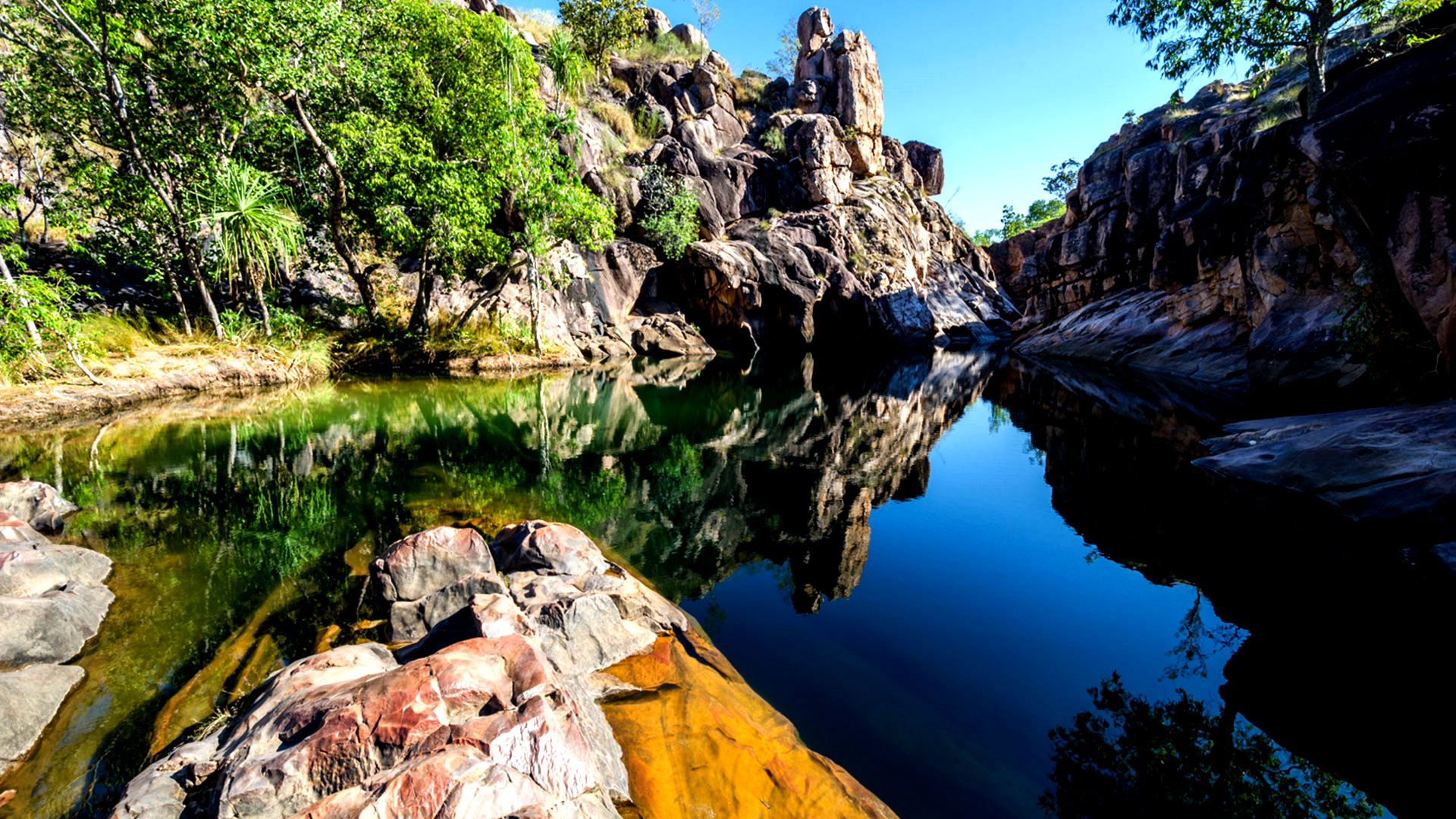 Among the other interesting sights are the Great ocean road, Cape Byron, Bondi Beach, Queen Victoria House, St Paul's Cathedral in Melbourne, Australian zoo in Queensland, the penguin Parade on Phillip Island and many others. This continent will never stop attract many travelers due to its natural and cultural diversity and distinctive traditions.