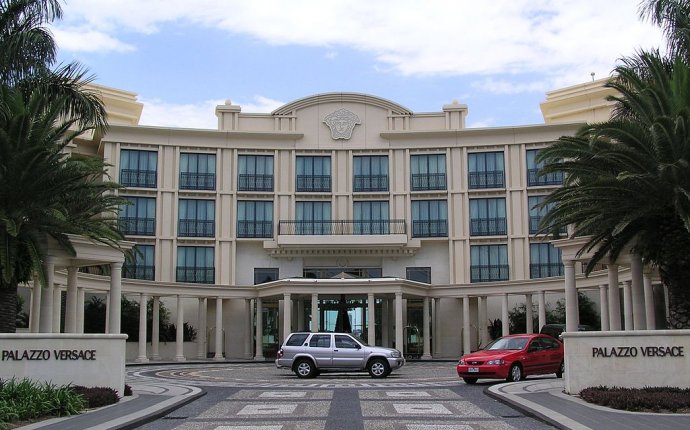 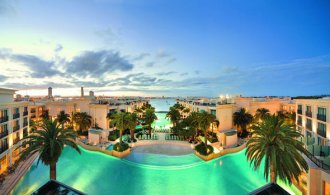 Where the stars are staying after this year's I'm A Celebrity

The likes of Jorgie Porter and George Shelley have been spotted jetting into Brisbane airport ahead of this year's reality TV show.

However, despite currently preparing themselves for weeks without food, their loved ones and a comfortable bed, they do have one thing to look forward to - spending time in the lavish The Palazzo Versace when their experience comes to an end.

The hotel - which lies on Australia's Gold Coast - not only boasts incredible surroundings and luxurious bedrooms, but it's also home to the Aurora Spa Retreat, which allows guests to relax and unwind.

After a serious lack of food, the celebrities will also be treated to some fine dining at the hotel, with the choice to eat and drink at one of the Palazzo's four restaurants - Le Jardin, Il Barocco Restaurant, Vie Bar and Resturant or the fabulous Vanitas Restaurant. 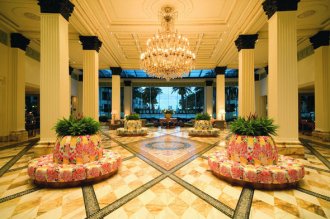 This year's I'm A Celebrity…Get Me Out Of Here line-up was finally confirmed this week, after weeks of speculation. 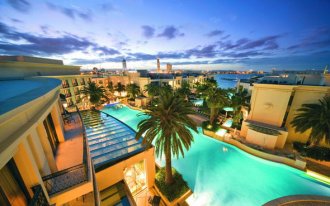 The competition was won last year by motorcycle racer Carl Fogarty, while former X Factor contestant Jake Quickenden was the runner up.

The previously rumoured Leslie Ash is not on the bill, and nor are Emmerdale's Gemma Oaten or EastEnders' Jake Wood, all of whom were previously tipped. Karl Pilkington is also nowhere to be seen.

This year's I'm A Celebrity contestants

It had been suggested that Union J's Josh Cuthbert would be heading Down Under, but it seems his bandmate George will be facing the jungle instead.

There is also no sign of Louis Walsh or Anne Robinson, despite reports that both were offered around £500, 000 to take part.

Yvette appeared to give away her role on the show in a quickly deleted tweet over the weekend, saying: "So sorry to those that have booked MH nights. Will be back from Oz very soon for some ghostly experiences Mwa ha ha X #imaceleb #itvceleb." 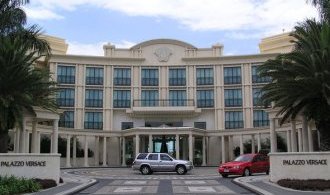 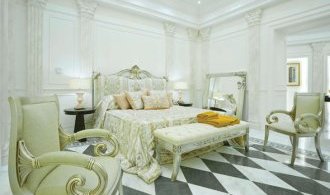 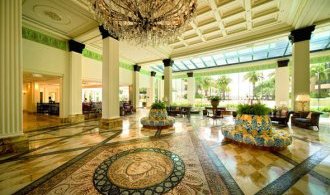 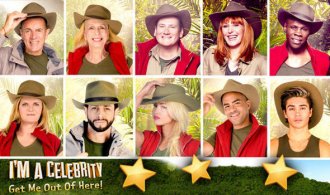