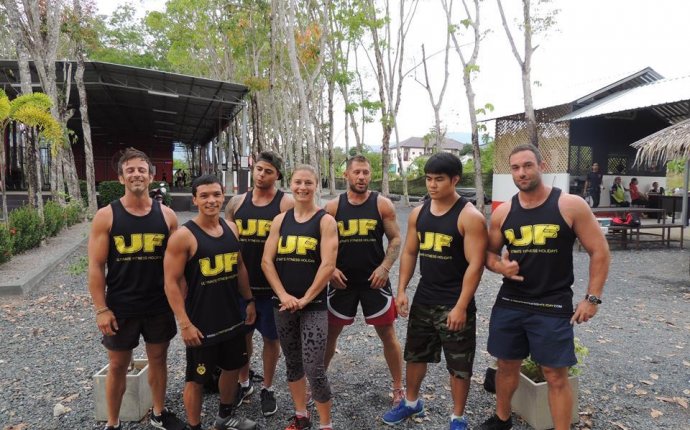 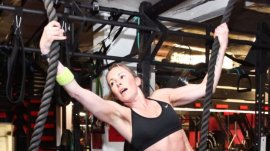 Both women and men take up the challenge at Five Star Fitness. Photo: Gary Friedland

Right now, one of the biggest television shows ever produced in Australia is being filmed at Cockatoo Island in Sydney Harbour.

The latest in a string of international spin-offs of Susuke – a Japanese obstacle course game show with a cult worldwide following – will see 250 contestants attempt to complete a physics-defying obstacle course when the show airs on the Nine Network in mid-2017.

Only the country's fittest men and women – personal trainers, Tough Mudder champions, Olympians, ex-special forces troops, etc. – were invited to test their mettle against rope climbs, curved walls, inverted rock climbs, spinning bridges and other obstacles at Cockatoo Island that according to Nine's head of content Adrian Swift comprise "the biggest and most impossible course in the world."

But an hour's drive south of Sydney Harbour in the working-class suburb of Ramsgate Beach, ordinary men and women, including a postpartum mum, are using similar obstacles as part of a new ninja-inspired exercise method that takes the best of many different disciplines and combines them to create the ultimate workout – the Five Star training method.

"Instead of only doing yoga or pilates or triathlon or weight or obstacle training, we've used the best of each discipline to create a new style of training, " says founder Mike McAndrew.

You can copy Jamie Oliver's recipes out of his books, but that won't make you Jamie Oliver.

The Jamie Oliver of gyms

Five Star Fitness is one of the oldest gyms in Australia. It was opened in 1971 by Paul Graham, the International Federation of Bodybuilding and Fitness's Australian president. An old-school muscleman who pumped iron and shared an apartment with Arnold Schwarzenegger in Los Angles in the 1960s, Graham also brought Arnie to Sydney several times during the seventies and eighties to promote bodybuilding as a sport in Australia. 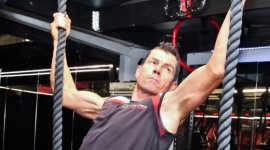 The gym changed hand various times over the years until McAndrew, who has a background in pilates and boxing, took over in 2005. He's spent the past decade outfitting the gym with the most ostentatious high-tech exercise equipment found just about anywhere on the planet: kick-boxing avatars with multiple strike pads and monitors that yell 'ouch' when you hit it, grinding machines that have helped make American Cup sailors the most powerful upper-body athletes in the world, gymnastic vault bars, cardio equipment, pilates machines, power wheels, cargo nets, Austrian hex bars and wood-chopping machines. Weaving throughout the gym's many rooms, nooks and crannies is an obstacle course cut straight out of a ninja university.

"There's no other gym in Australia I know of that's like this, " McAndrew says. "There are some emerging gyms around the country doing similar things, but this old warship is the pioneer. CrossFit? We were doing that 10 years ago. But in the last few years, obstacle training has really come to the forefront with the Tough Mudder and Spartan Races endurance events and now the Australian Ninja Warrior television show. I suspect a few of my clients are involved with the show, though I can't say for sure because I heard they all had to sign confidentially agreements and aren't allowed to talk about it."

McAndrew says a lot of his clients, up to 30 or 40 per cent, are trainers who've reached a certain level of fitness and want to take things to the next level with exercises that are more challenging. "Do I worry about them copying my ideas? No, " he says. "You can copy Jamie Oliver's recipes out of his books, but that won't make you Jamie Oliver."

At 7pm, a group of lithe, uber-fit men and women with ripped torsos, chiselled chests and rock-hard thighs. None of them will confirm nor deny they're competing in Australian Ninja Warrior, though by the way they work their way around the obstacle course it looks like could hold their own among Australia's stealthiest ninjas.

"The first thing everyone says when they see these obstacles is 'Oh my God! I can't do that!" McAndrew says, before running onto a mini-trampoline and leaping into the air while trying to grab a rope dangling from the ceiling. He doesn't succeed the first time nor the second, though nails it on the third. "We call this one the Leap of Faith because like so many obstacle exercises, it requires participants to leave the fears and doubts at the door and just go for it."

"And that one, " he says, pointing at a rectangular-shaped military peg wall also hanging from the ceiling, "was invented for training cadets in the British Special Forces. The idea is you put in the pegs and make your way around, but it's so hard only about one in 3000 people can do it. And that one is a new kind of rock wall with no leg work at all. Even experienced climbers come in here and get freaked out when they see it."

A common theme in the obstacle course is to swing across from one hold to another. Photo: Gary Friedland

The ninjas, meanwhile, are all over the place. One scampers up a set of Unstable Rings – unstable in that they are suspended on chains from the ceiling and thus move around a lot and require double the grip and balance. Another ninja runs up a 6m high curved wall, while another uses short explosive bursts of strength to clean and jerk a pull-up bar up different notches on a ladder. Then there's the Spider Wall, a long perspex tunnel where you put your arms and legs out and leap forwards like a spider without touching the ground.

"You know, all of this is very new and the sport still has a long way to go, " McAndrew says. "But I've been in the fitness industry for nearly 30 years, and if there's one thing I know, it's that there always has to be something new coming along to attract clients. Next year, I feel obstacle training will be it."

RT @NaomiAKlein: Disagree w/ Trump on the reasons but: Australia really should welcome the refugees it has abused in island concentration c…

RT @firstdogonmoon: stop bringing the concentration camps we are running into the discussion about what sort of australia we want

RT @seanbedlam: What to make of paying off people Australia put in concentration camps. It's very good and it's horrible? Fucked if I know.